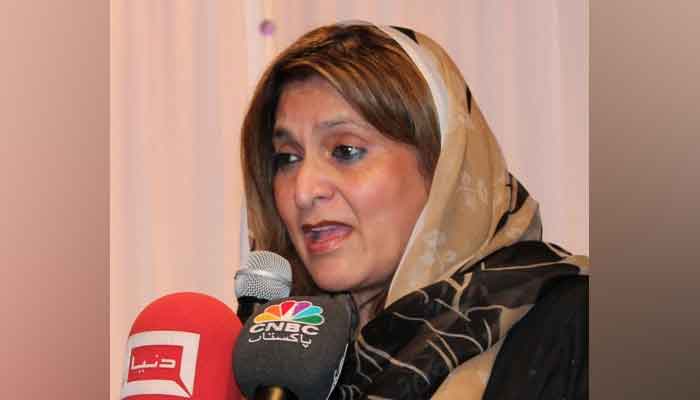 Fauzia Kasuri, the founding leader of PTI, while speaking in a private TV program, said that we were in Canada where Imran Khan was also present, three lakh dollars were collected on this event, but it was not known until a year later. Where did that 3 million dollars go?

He said that after that we sent mails asking where that money went, but we did not know, God knows where that money went. He said that those accounts were opened in Khan Sahib’s own name, how is it possible that the money is being deposited in his account, leaving in his name, that the signature is on it and he does not know that where is the money

When @FauziaKasuri took @ImranKhanPTI and his bullshit to cleaners.

Fauzia Kasuri said that I have to say with regret that Khan Sahib makes a lot of wrong statements, and I am using these better words, many people can call him a liar, I cannot say that because I am with him. Have worked for many years. Fauzia Kasuri said that we did not even know where the money was coming from, of course he was a friend of Khan Sahib, he had deals with Arif Naqvi of Abraaj Group. Now to turn around and say that he is being targeted because he was a Muslim is nonsense.

He said that the first investigation started against Abraaj Group and Arif Naqvi was started from UAE. He wrote $300 million worth of checks that bounced. Arif Naqvi squandered all the money he collected in the name of investment, built properties in London and distributed it among his friends including Imran Khan.

It should be remembered that the Election Commission had also announced the decision on the prohibited foreign funding case of Pakistan Tehreek-e-Insaaf and said that PTI had taken prohibited funding.