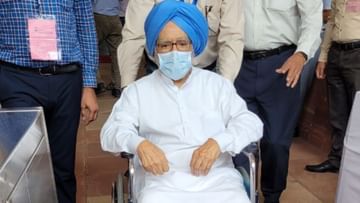 West Bengal Chief Minister Mamata Banerjee-led Trinamool Congress has said it should stay away from the polls. The TMC claims that no attempt was made to build a consensus before Alva’s name was announced.

Voting to elect India’s new Vice President has begun. In this election, National Democratic Alliance (NDA) candidate Jagadeep Dhangar and opposition parties are the joint candidate. Margaret Alva According to the data, there is competition between the former Governor of West Bengal Jagdeep Dhangar Bumper is sure to win. It remains to be seen whether the opposition parties are like the presidential election this time. Vice President Election Will I also cross-vote? With many differences of opinion among the opposition parties regarding the Vice-Presidential election, the possibility of cross-voting has been exhausted.

Voting for the Vice-Presidential Election has begun

#Jagdeep Thangar vs #Margaret Alva Voting for the Vice-Presidential Election has begun.

The votes were counted today and the current Vice President M. Venkaiah Naidu’s term has come to an end, and the next Vice President will be sworn in on August 11. pic.twitter.com/bm2ILH5dYz

The Trinamool Congress (TMC) is the second largest opposition party in Parliament after the Congress with 36 MPs in both houses (Lok Sabha and Rajya Sabha). However, it is worth noting here that the West Bengal Chief Minister Mamata Banerjee-led Trinamool Congress party has abstained from the polls. The TMC claims that no attempt was made to build a consensus before Alva’s name was announced. Thus the party will not participate in voting.

Meanwhile, Aam Aadmi Party (AAP), TRS, AIMIM and JMM have announced their full support to Alva. Meanwhile, Bahujan Samaj Party and Telugu Desam Party have decided to support Thankar. JMM extended its support to NDA candidate Draupadi Murmu in the presidential election. But this time he is supporting Alva of the opposition parties. At the same time, both YSRCP and BJD have spoken of supporting Thangar with 52 votes. Both the parties supported the National Democratic Alliance candidate Murmu in the presidential election as well.

Alva, 80, is a veteran Congress leader and has also served as the Governor of Rajasthan. Dhankar, 71, hails from Rajasthan’s influential Jat community. His background was socialist. Voting for the Vice President election will be held in the Parliament complex from 10 am to 5 pm. Soon after that the votes will be counted and in the evening the name of the Vice President of India will be announced by the Election Officer.