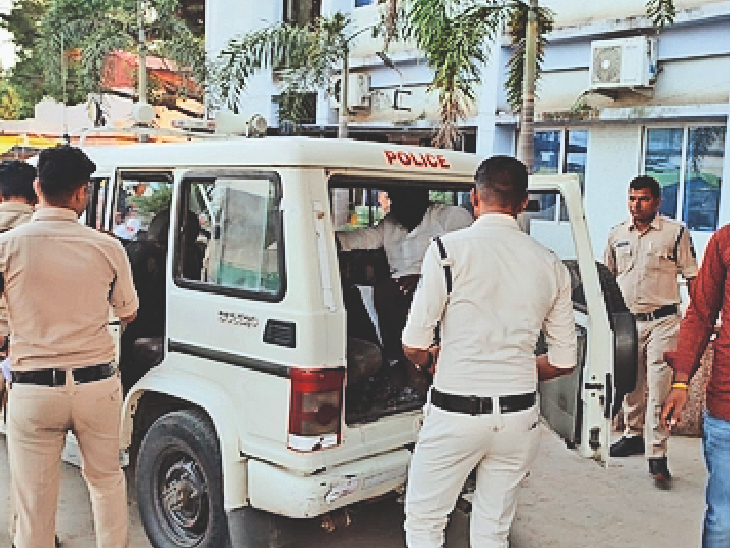 The police took away those associated with PFI after treating and jailing them.

An ATS team and more than 100 policemen raided the hideouts of PFI-linked people in the city around 4 am on Tuesday. The team has arrested councilor Samiullah Khan from Maniharwadi and Shakir from Jyoti Nagar. Both were interrogated throughout the day by senior officials of the ATS and police. Kotwali DI Avadesh Shesha said that both of them have been booked under Section 151 and jailed.

Rasuka is on Samiullah, involved in the first riot: SDPI candidate Hafiz Samiullah Khan, who won the councilor election from the city’s Ward-12, was sent to Ujjain Central Jail on July 2022 for raising Pakistan Zindabad slogans. He was released on bail a week ago. According to the police, Samiullah was involved in communal riots in the past. Criminal cases like setting police vehicles on fire and stone pelting have also been registered against him.

He was found to be directly involved in four cases. A fifth case was registered for raising pro-Pakistan slogans. Kotwali D.I.Shesha said that various cases have already been registered against Samiullah who was running in the cart. Bhaskar interacted with Samiullah Khan’s family members. He said- All the allegations leveled against Samiullah are baseless. The truth will come out soon.

Organized meetings and many programs in the district
PFI has been operating in the district for a long time. Apparently, PFI organized activities at several places in the district including Shahjapur. Along with the meetings, social work was also done. A grand event was organized by PFI at Gandhi Hall along with blood donation camp to help the needy during Corona. In this, people from many cities like Shahjapur, Indore, Ujjain participated. All these events were monitored by security systems.

He sent them both to jail
A state-level campaign is underway to nab those associated with PFI. Under this, two people were arrested in Shahjapur. Both were jailed after investigation and preventive measures.
Jagdish Dabar, Superintendent of Police, Shahjapur