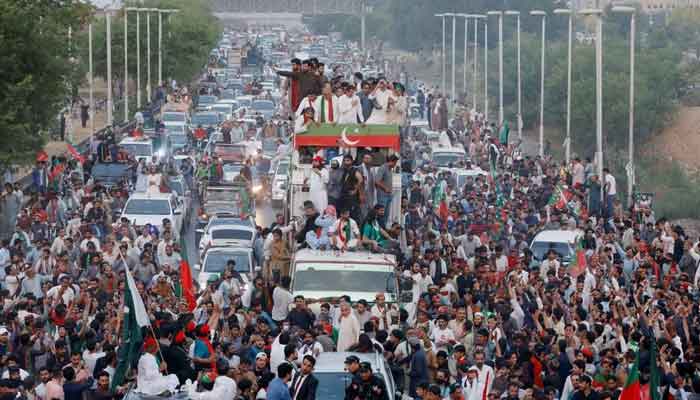 According to the details, the Ministry of Interior has sent a letter to PTI leader Asad Umar, the letter mentioned the recent incidents of terrorism in the country.

The Ministry of Home Affairs, in its letter, said that the extremist parties may carry out terrorist attacks on PTI’s long march.

In a statement issued by the Ministry of Interior, Pakistan Tehreek-e-Insaf has postponed its public meeting in Rawalpindi, citing the possibility of vandalism or bomb attacks in public gatherings.