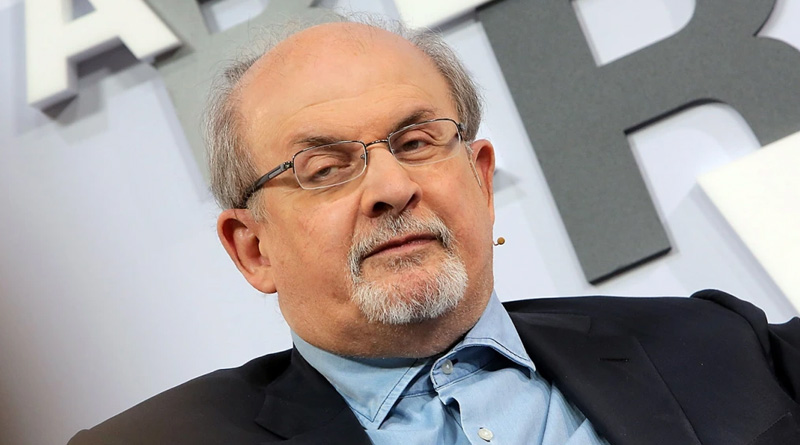 Salman Rushdie himself is responsible for attack, says Iran

News Daily Digital Desk: He himself is responsible for the attack on the internationally famous writer Salman Rushdie, said the statement of the Foreign Ministry of Iran. The assailant was forced to attack the writer at the instigation of Rushdie’s supporters, this is what Iran has said. However, the government of that country said that they do not have any detailed information about the attack. Rushdie was stabbed during an event on August 12.

Iran’s Foreign Ministry spokesman Nasir Kanani released a statement on Monday. It is said that there is no right to disrespect any religion if there is freedom of ACHIion. It is also said that through the book ‘The Satanic Verses’, Rushdie has hurt the sentiments of at least one and a half billion people of Islam. We think that the main reason behind the attack is Rushdie himself. Moreover, the behavior of Rushdie’s supporters is also highly reprehensible.”

Many blamed Iran for the attack on Rushdie. Raising the issue, Kanani said, “We did not have any information regarding the attack. So no one has the right to blame us unnecessarily.” After the publication of ‘The Satanic Verses’ in 1988, Rushdie was issued a fatwa by Iranian ruler Ayatollah Khomeini. The price of the writer’s head was set at thirty million dollars by Iran. Rushdie was accused of hurting Islam through his writings.

Salman Rushdie was attacked by an assailant while giving a speech at an event last Friday. Rushdie was due to arrive to speak at the Chautauqua Institution in New York. But as soon as he came to the stage, a man started towards him. Everyone was stunned by this sudden attack. With great speed, the person hit Rushdi with a knife. The assailant slapped him. Meanwhile, the assailant was caught by the security guards present when Sambit got back. Initially, Rushdie is on ventilation but is stable for now.

Flash Flood: 8 dead in Harpa Ban during statue cleaning, questions are being raised about the role of the administration Flash Flood: Flash...