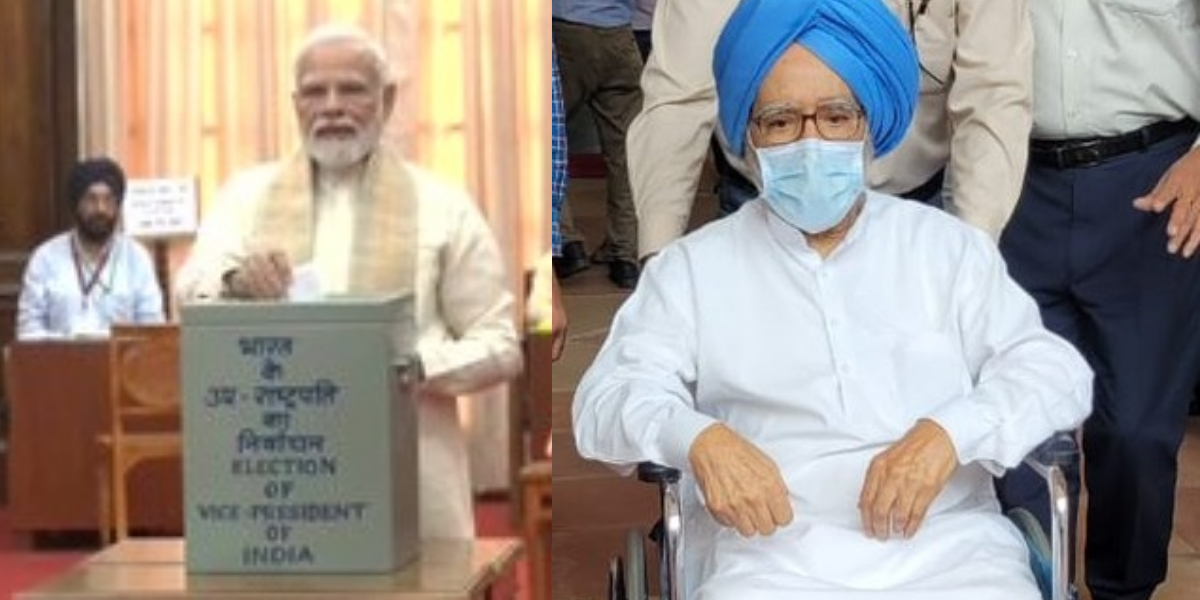 Puber pen, webdesk: Today, the battle between Jagdeep Dhankar and Margaret Alva over the Vice President election. Voting process will start from 10 am. It will continue till 5 pm. MPs are voting by secret ballot.
It should be noted that Venkaiah Naidu’s term as Vice President ends on August 10. On July 16, BJP’s All India President JP Nadda announced the name of former Bengal Governor Jagdeep Dhankar as the NDA candidate for the post of Vice President. This was followed by former centrist Margaret Alva as the opposition’s consensus candidate.

On this day, there is going to be a bone-to-bone fight between these two personalities who are aware of the constitutional issues. Prime Minister Narendra Modi voted in the vice-presidential election. Former Prime Minister and Congress MP Dr. Manmohan Singh cast his vote in Parliament in a wheel chair. Union Ministers Nitin Gadkari, Dharmendra Pradhan, Union Ministers Rajnath Singh and Piyush Goyal voted. BJP All India President JP Nadda, Congress MP Karti Chidambaram and DMK MPs Dayanidhi Maran and Tiruchi Siva voted.
A total of 233 elected members and 12 nominated members of the Rajya Sabha will vote.

Questions will arise if those who took money from India and America are not punished, Talal Chaudhry Achi News

Questions will arise if those who took money from India and America are not punished, Talal Chaudhry Achi News