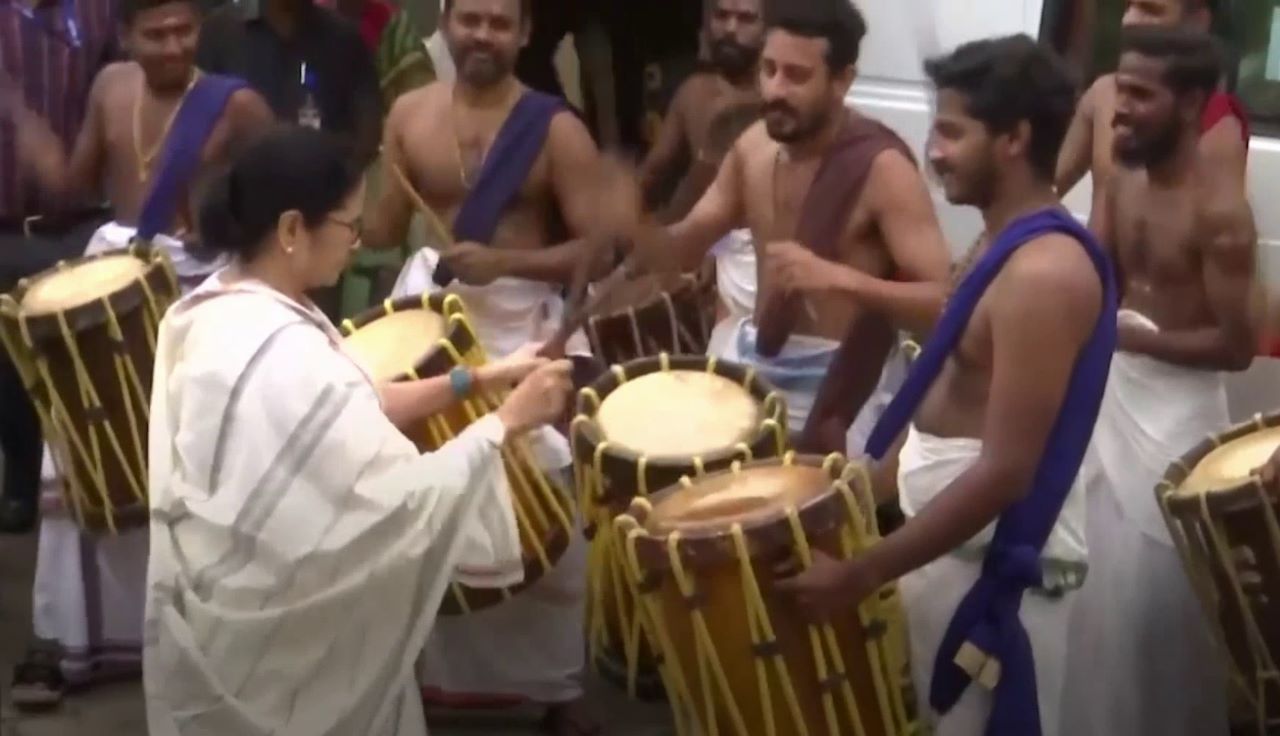 Puber Kalam Webdesk: Mela he Mela Chief Minister Mamata Banerjee went to Chennai to play Chhenda Melam on her grandfather’s birthday at the invitation of Governor La Ganesha. Kolkata and Chennai were tied together. It is a well-known picture of the Chief Minister dancing to the rhythm of Dhaka while inaugurating various puja mandaps in Kolkata. This time, Chief Minister Mamata Banerjee danced to the rhythm of Dhaka at the 80th birthday celebration of the Governor’s grandfather in Chennai.

Chief Minister Mamata Banerjee had a courtesy meeting with MK Stalin on Wednesday. Several political leaders were invited to the function at Governor La Ganesha’s house on Thursday. Mamata arrived at the event around 10 am. The Chief Minister noticed this playing while going towards the gate. Mamata Banerjee reached there with security guards. Then he was seen playing the traditional instruments of Chennai. Chief minister played chenda melam for about one and a half minutes.