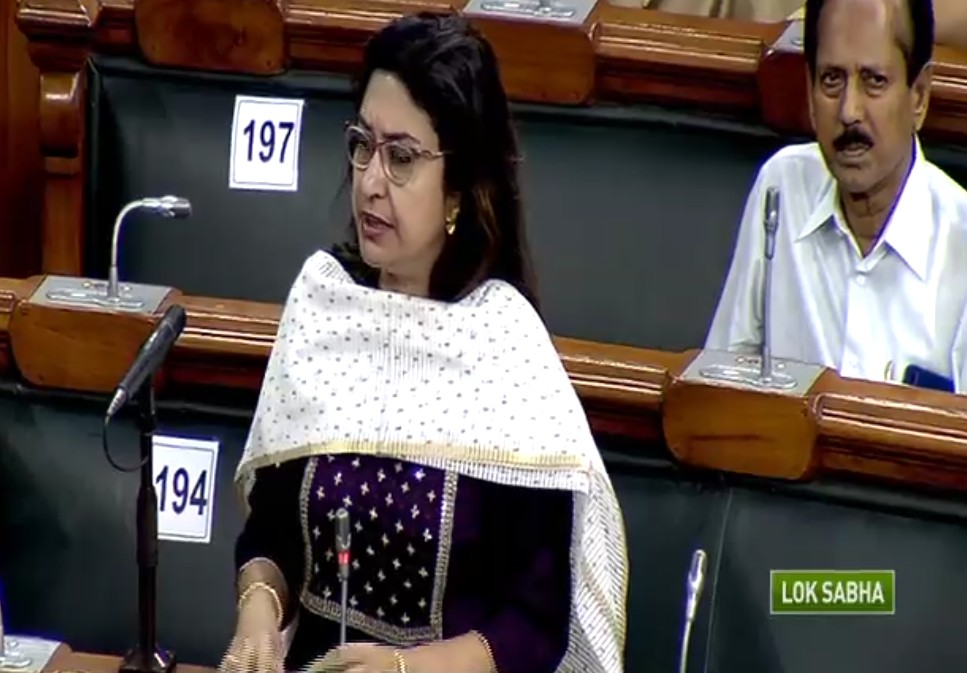 Kaushik Salui Birbhum- MP Shatabdi Roy again raised the allegations of deprivation in several railway projects in Birbhum Lok Sabha constituency. He ACHIed his displeasure over the railway work in his parliamentACHI constituency during the question and answer session during the monsoon session of the Lok Sabha on Friday.

MP Shatabdi Roy once again drew the attention of the central government during the question and answer session in the Lok Sabha, protesting the deprivation of the railways in Birbhum. Earlier, the Birbhum MP had approached the Railway Minister many times about the works. Construction of over bridge is going on for the last five years at the railway level crossing near Siuri Hatjan Bazar on Siuri-Bolpur road.

BJP Trinamool Tarja Tunge with that work. The deadline for the construction of the respective overbridge has passed long ago. As a result, the suffering of people traveling on that road increased but did not decrease. Accidents and traffic jams are the daily companion of the locals as a result of bad roads under construction.

Besides, the MP Shatabdi Roy repeatedly lobbied the Railway Minister about the road and over bridge to Saithia railway station, the road to Dubrajpur railway station and flyover at Nalhati, but the MP claimed that it has not been resolved yet.

However, recently coming to an inauguration ceremony of the railway in Siuri, the leader of opposition and BJP leader Subvendu Adhikari claimed that the re-tendering process of Hutjon Bazar over bridge has been done and the construction work will be completed very soon. Shatabdi Roy said during the question and answer session in the Parliament that day, “The previous contractor was dismissed about five months ago for laxity in the construction of the Siuri railway overbridge, but the initiative to start the new work in his place is not yet visible.

Several Railway Ministers have changed in the past and I have personally visited each of them. I have proposed that the work has started again, but there is no end to it.”