Katchiroli News | A case where a youth’s body was found in a suspicious condition, a dispute at a liquor party; A friend committed suicideAchi News 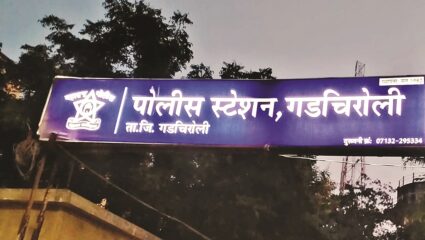 Party roll, on Tuesday, the dead body of Kumot Ramdas Ladkar (35) of Ravni Colony was found in the main pond of Katchiroli town. The police registered a case under Section 302 of the IPC in connection with the incident, particularly the iron beating on the deceased’s body. At the same time, a serious investigation into the matter also began. Meanwhile, Katchiroli police arrested two accused in the case on Friday.

Among the arrested accused are Roshan Pawan Singh Thakur (35) and Amol Namdev Tatmal (25) from Sangainagar in the city. In particular, Roshan attacked Kumoth with an iron rod during an argument during a liquor party on the banks of the pond. And threw it into the water of the pond. Especially in this case, he is the most suspected criminal and will be arrested soon. Katchiroli police have received such information.

A wine party must be expensive

Deceased Kumot Ladkar, accused Roshan Thakur, Amol Tatmal and a suspected criminal used to have drinking parties on the banks of the pond. On Sunday, the four together organized a wine party. The four friends reached the bank of the lake at night and started the alcoholic party. In such a situation, there was a dispute regarding the matter of a friend’s glass being low in alcohol.

Because of that, alcohol was brought again and the party started. But again there was a dispute on the same subject. In such a state, Kumod came down from the stairs and sat on the bank of the pond. Enraged at this, Roshan attacked Kumot with an iron sword. After that the three accused fled from the spot when they saw Kumoth in the dark. In this situation, two days after the incident, Kumoth’s dead body was found floating in the water of the pond.

The accused will be produced in court today

Police on Friday arrested Roshan Thakur and Amol Tatmal in the Kumod Latkar murder case. Meanwhile, another suspect is not in police custody. The arrested accused will be produced in the district court on Saturday. At the same time, those who are arrested on suspicion will be arrested soon. Katchiroli police have received such information. Katchiroli police are conducting further investigation in this regard.

Roshan got out on bail

Roshan Thakur was earlier serving a jail term in a theft case. He was released on bail a few days ago and returned. In such a situation, he along with his friends would always have a wine party on the banks of the city’s main pond. But Sunday’s booze party proved to be the last party of Kumot Ladkar’s life.

13 people, including children, were killed and 21 injured in a school shooting in RussiaAchi News

I have declared jihad against these thieves and will show them victory: Imran KhanAchi News

Chirang Bijinit continues to be a threat to wild elephants! This time the school kitchen was ransacked by Banaria. Achi News

13 people, including children, were killed and 21 injured in a school shooting in RussiaAchi News

Price, specifications and all detailsAchi News

I have declared jihad against these thieves and will show them victory: Imran KhanAchi News

Chirang Bijinit continues to be a threat to wild elephants! This time the school kitchen was ransacked by Banaria. Achi News

Action should be taken against the Vice Chancellor for allowing riot in the college, Maryam NawazAchi News