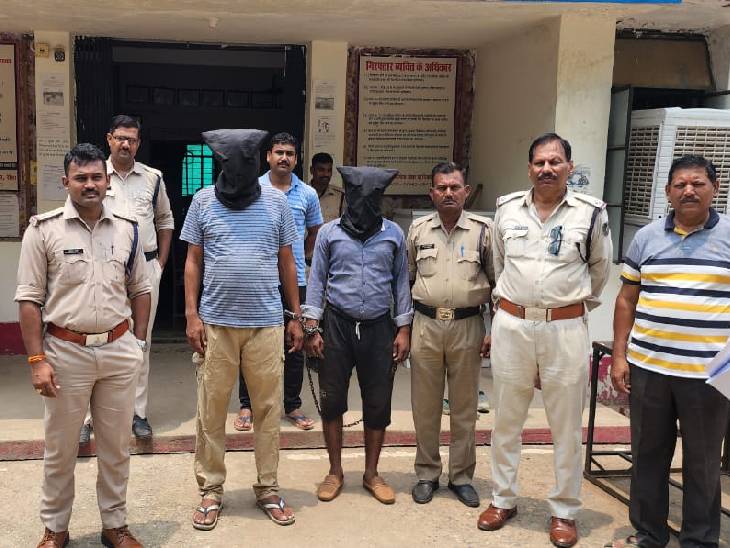 Two suspects have been arrested for robbery at Jugnihai toll booth under Raipur Karshulian police station in Rewa district. If sources are to be believed, two youths in a car arrived at midnight 4 days ago. The robbers fled the FASTag scanning machine, dragging the customs officials.

On the third day, the complainant came to Raipur Karshulian Police Station and lodged a complaint. The stolen Fastac scan machine and the car were confiscated within 24 hours. At the same time, both the accused were arrested and produced in court and lodged in Rewa Central Jail.

This is the case

Sub-Inspector Pushpendra Yadav, in-charge of Raipur Karshulian Police Station, said that on the night of August 2, Raj Pratap Singh, an employee of Juknihai Toll Plaza, created car number MB 53 CA 5313 along with the driver and the occupants. The robbery of a FASTag scanning machine worth Rs 50,000 has created a sensation.

With this, the victim was thrown from the car. Subsequently, he came to the police station on August 4 and filed a complaint. Eventually the police charged the driver of the car, MP 53 CA 5313 and the person sitting in it under Section 394 of the IPC and interrogated the vehicle owner.

Previous articleIn Gwalior, Munisri Vinay Sagar Maharaj spoke – Along with rights, a person should follow duties.Achi News
Next articleWhat is the shadow of Sri Lanka in Bangladesh? Skyrocketing price of petrol, touching almost 50 in a day Achi News
- Advertisment -