Happy for you to stay on top and win the game for your team, Alex HalesAchi News 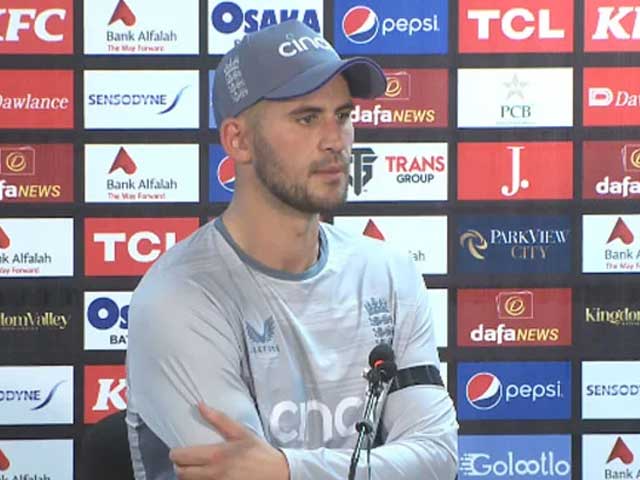 Happy for you to stay on top and win the game for your team, Alex Hales

Karachi: Batsman Alex Hales, who played a key role in England’s win against Pakistan in the first T20I, says he is happy to have stood on top and given his team a good performance.

Alex Hales, who was instrumental in England’s victory by scoring a fifty in the match, told a post-match press conference at the National Stadium that he was happy to return to the team after a long time and perform well.

He said that in the absence of senior players, this win was brilliant with the junior cricketers, the experience of playing in the PSL came in handy.

“This is a special time,” he said.

Alex Hales said it was a lot of fun playing in front of the Karachi fans, their match behavior was amazing, the crowd made a lot of noise and cheered with pleasure, I wanted to power the Pakistan bowlers I tried but unfortunately I couldn’t initially reached limits.

He said he is trying to teach other players from his experience that it is good to win a match with a young team, I hope we can keep the consistency of good performance.

No more tearing in SMS will be treated | Now the treatment will be done without incision, heart, cancer and brain surgery in...

No more tearing in SMS will be treated | Now the treatment will be done without incision, heart, cancer and brain surgery in...

September 26 money will come? Will it cost like water? Know your own zodiac in detail! – News18 Bangla Achi News

The UP government has appointed the son of Supreme Court Chief Justice U.U. Lalit as its lawyerAchi News