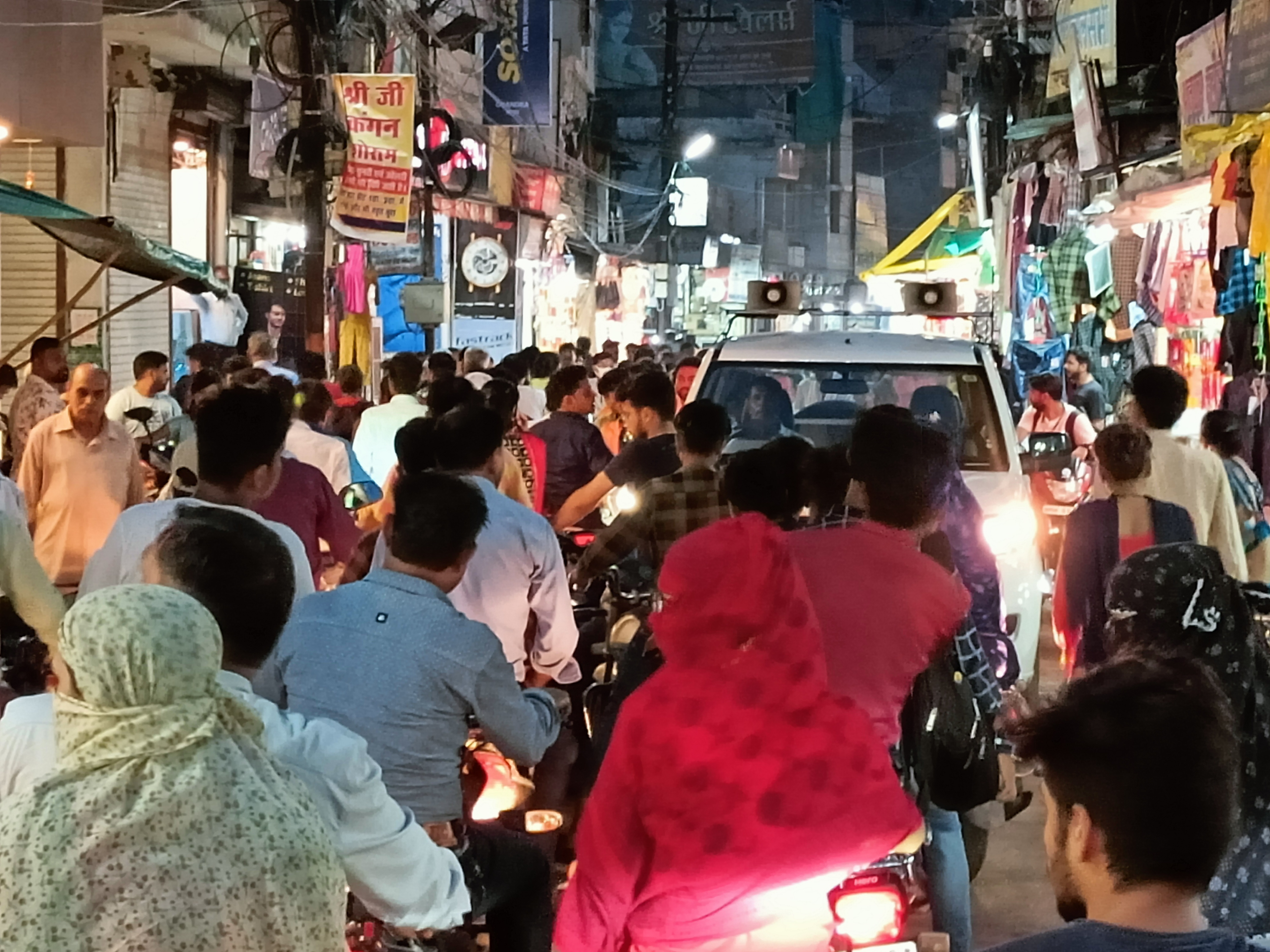 The transport system in Vidisha is in disarray. From the main market Madhavganj to the big market there is daily traffic jam. It bothers people. It is difficult to walk in the market in the evening.

As there is no parking facility in the market, the shop goers park their vehicles on the road. Due to this, the road is blocked. A large number of vehicles are parked on both sides of the road in front of the shops in the market. Due to this, motorists are struggling to get out of the market. Most of the traffic in the city is on the road from Madhavganj Junction to Bada Bazar. In this route, the customer goes to the shops and shops, but he also takes the bike and other vehicles with him and enters the market. After that, they stopped the vehicle arbitrarily. Due to this, there is a traffic disorder in the market. Due to this, people coming out from here are stuck in traffic jam. In the market, traders deposit their goods outside the shops. At the same time, the market gets congested several times during the day due to vehicles parking from above and four wheeler drivers plying on this road. In the city, the road from Hospital Road to Madhavganj Junction and from Madhavganj to Bada Bazaar is crowded with thousands of people.

There is no parking space in the market. At the same time, the road becomes narrow as shopkeepers keep their goods on the road and people park their vehicles there. The road is not visible. Speaking to STM Gopal Verma in this regard, such a situation is created keeping in mind the festivals. There has been a change in the traffic pattern from Madhavganj to Bade Bazar from Sunday. According to this, heavy vehicles are prohibited on this road.