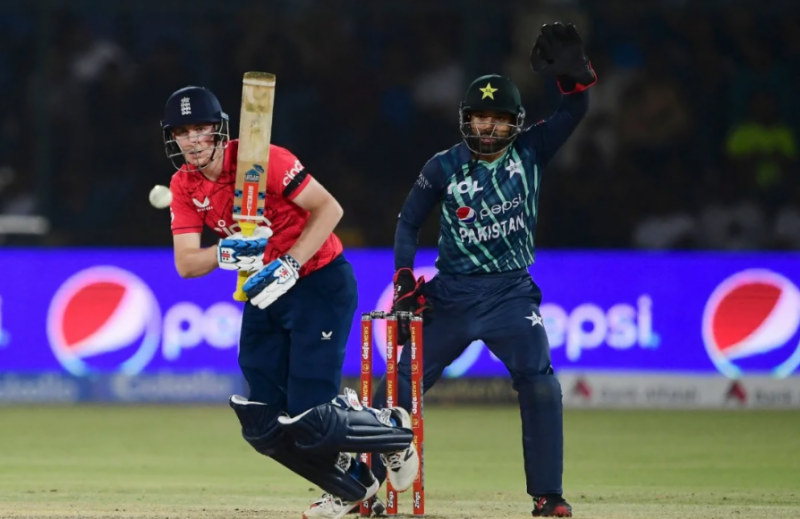 Karachi: In the first match of 7-match T20 series, England team reached the target of 159 runs given by Pakistan at the loss of 4 wickets in the last over and easily won by 6 wickets.

In the first match of the T20 series played at the National Stadium in Karachi, England’s current captain Moeen Ali won the toss and invited the hosts Pakistan to bat first.

Pakistan team started the innings well but as soon as Babar Azam got out, no player could play. Mohammad Rizwan scored a half century. The middle order failed miserably. The Pakistan team scored 158 runs for the loss of 7 wickets in the allotted 20 overs and set the visiting team a target of 159 runs which they achieved in the last over.