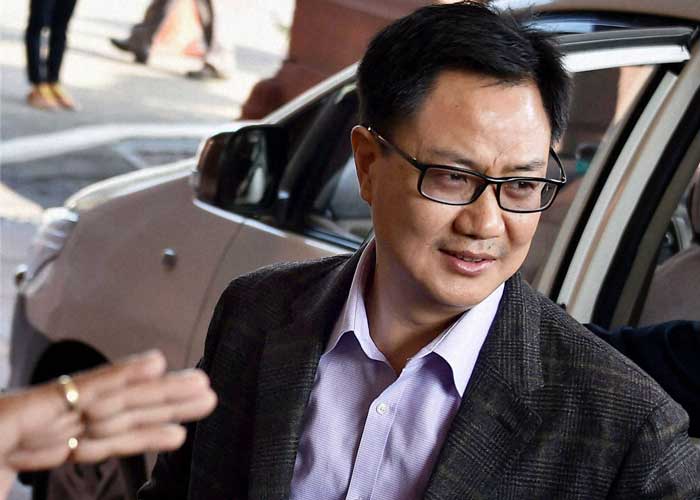 In the Rajya Sabha, Union Law and Justice Minister Kiran Rijiju said that during the 2019 Lok Sabha elections, 58 cases of hate speech were reported. 34 cases were registered during the 2020 Delhi assembly elections and 29 cases in Assam, West Bengal, Tamil Nadu, Kerala and Puducherry during the 2021 elections.

New Delhi: After the 2019 Lok Sabha elections, the Election Commission has reported 130 cases of hate speech from social media platforms, the government told Parliament on Thursday.

Only one case was registered during the 2019 assembly elections in Maharashtra and HACHIana, while eight cases were registered in Goa, Manipur, Punjab, Uttarakhand and Uttar Pradesh this year.

The Minister also said that the Election Commission has not received any complaints from political parties about information leakage during elections in the last 5 years. The government said the Election Commission and the Internet and Mobile Association of India (IAMAI) have mutually agreed on a ‘voluntACHI code of conduct’ for the 2019 general elections.

“The code has been developed to ensure free, fair and ethical use of social media platforms and to maintain the integrity of the electoral process,” the government said. Intermediate platforms are also committed to doing their part for voter education and awareness.

According to the government, “According to the Election Commission’s voluntACHI code of conduct, objectionable content (links, videos, post, tweet) has been found on various social media platforms.