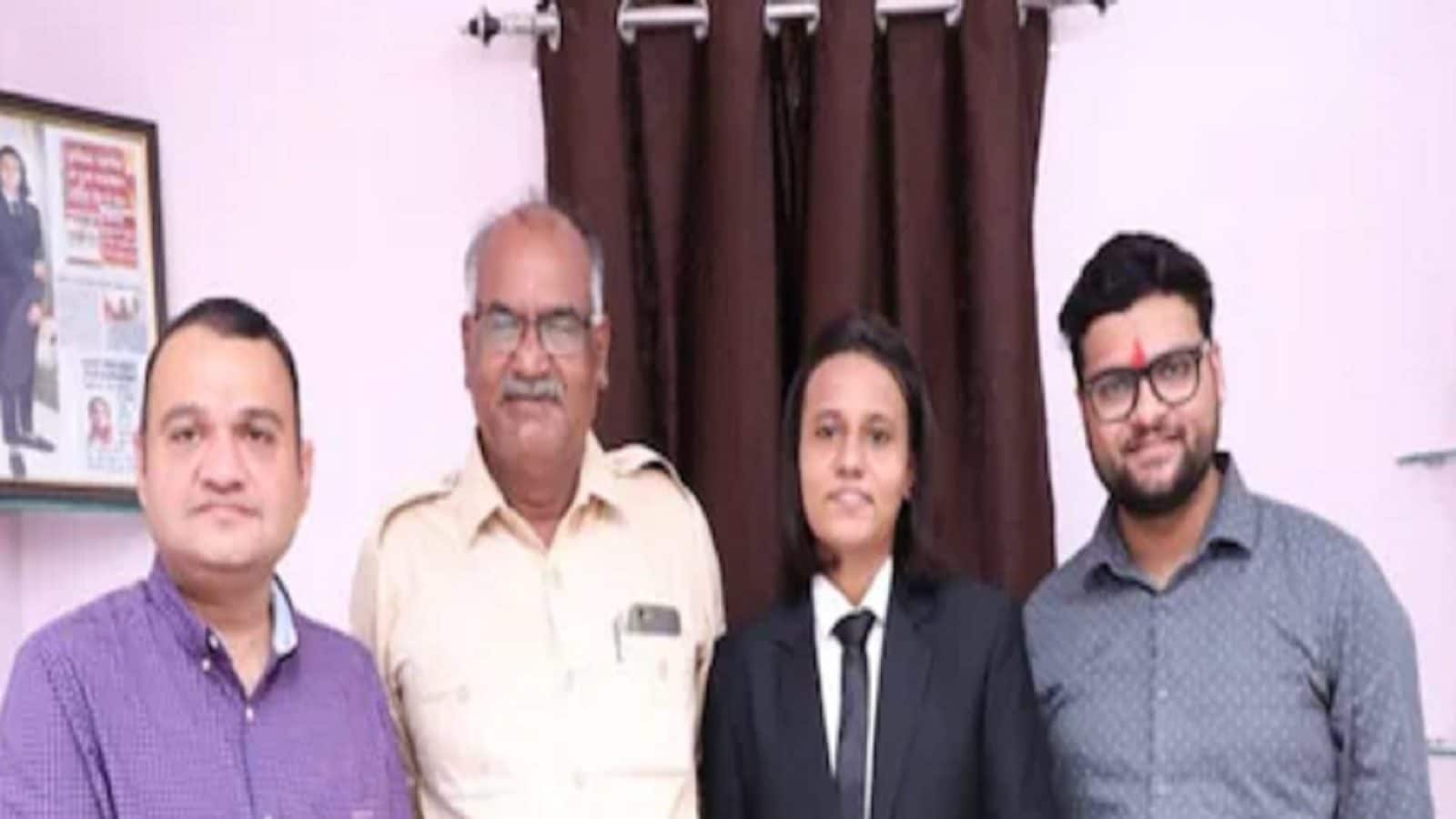 Jaipur: Father used to drive the car of the Chief Justice of the High Court. According to that source, Kartika has seen the people of Shamla-anta up close many times. From his childhood, he was called by the hand in the hall of the High Court. Pet was a dream in the corner of my mind. And that dream has come true in Kartika’s life. Kartika Gehlot, daughter of a chauffeur of the Chief Justice of the Rajasthan High Court, has cleared the Rajasthan Judicial Services examination this year. Becoming a judge is only a matter of time.

A few days ago the result of Rajasthan Judicial Services Exam was announced. Karthika secured the 66th position. The 23-year-old girl said about her success that her only dream was to sit in a black coat and sit on a judge’s seat. A confident Kartika knew that this dream would come true one day.

Kartika said, “My father has been the driver of the Chief Justice of Rajasthan for the past 31 years. Because of this, I became a fan of that black coat at a very young age. ”

Read more– Rate in DA cases; ‘This government could not reach the door of those who implement the policies and decisions of the government’… BJP’s sarcasm

Most children change their dreams at some point in their lives. But Kartika is persistent since childhood. He also feels that his interest in law has made him more focused. Mezzo Karthika is among the four siblings. His other brother Pahan is also interested in law.

But Karthika’s path to success was not easy. After completing his studies from St. Austin’s School, Jodhpur, he completed his law studies from Jai Narayan Vyas University, Jodhpur. Kartika said, “I was interested in law from a young age. But I fell in love with the subject even more during fifth and sixth semesters. At that time I started my internship in the district court. When everything is stopped due to lockdown, online preparation for competitive exams starts.

Read more– Priyanka was chased and killed, the police were shocked to see the CCTV footage of Panvel station!

Karthika loves to study. But he is not in favor of studying without eating and drinking. Talking about her exam preparation, Kartika says, ‘It is true that there was a consistency in daily studies. But I could not study with my face covered.’ Kartika used to study for three to four hours a day. But in the end he had to be a little strict, admits Karthika. After the exam date was announced, he used to study for 10-12 hours a day.

The goal was fixed, ‘I must be successful in any way. So reading time also increased. And really this time was the best preparation,” said Kartika. The law student, who is fond of music, said that various types of music, instrumental music helped her focus. Even, music has helped to get rid of various types of stress.

Karthika feels that it is imperative for all women to have knowledge of the law. Talking about women studying law, he said, “I heard recently that some parents do not want their daughters to study law. Because they are afraid that they will not be able to marry a girl studying law. But I believe that more and more women should study law so that they can know their rights better, lead an independent and self-reliant life.”

But not just women, Karthika thinks all people should have a basic understanding of law. Which will help people to fight for their rights in daily life.

Kartika credits her success to her family and former Allahabad High Court Chief Justice Govinda Mathur. He said that it was possible to pass the examination because of the support and cooperation of the family. Apart from this, he also said that he got a lot of advice from former Chief Justice of Allahabad High Court Govind Mathur. He has helped at various levels. At the same time, Kartika’s father Rajendra Gehlot said that mother has a special contribution in motivating and supporting Kartika in every way.

Karthika is very focused on her work. He consciously keeps himself away from social media. Kartika does not have an account on Facebook or Instagram. For daily needs, he only uses WhatsApp to keep in touch with people.