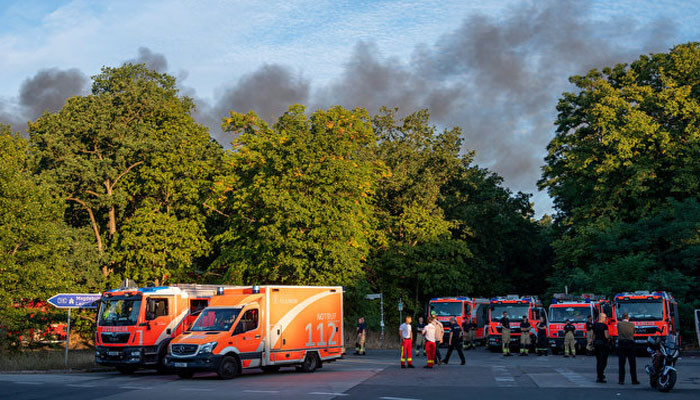 A fire at a forested armory west of Berlin has been brought under control by emergency services, but rising temperatures threaten to detonate World War II bombs.

According to the foreign news agency, firefighting crews are unable to get to the heart of the fire because there are World War II-era bombs that are at risk of exploding.

Yesterday, a fire broke out in the Groenewald forest, which engulfed an area of ​​15,000 square meters.

An armored vehicle was provided by the German Army which helped control the fire in an area of ​​5 km late at night.

The nearby railway track and highway were closed for 1000 meters.

It should be noted that there were 30 tons of explosives and weapons in the said armory.

A police spokesman said German authorities were concerned that there were also World War II-era bombs that could explode if the temperature rises due to a fire.