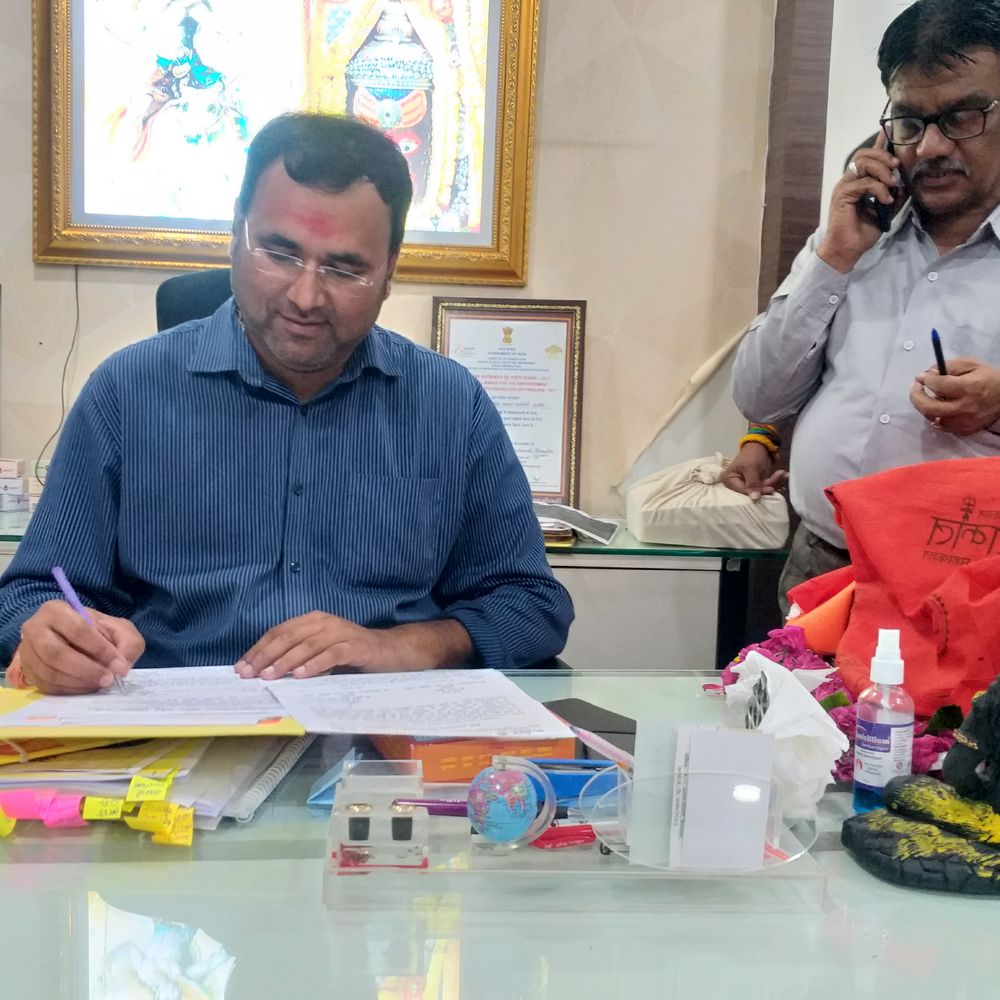 Ujjain. Sandeep Kumar Soni, appointed administrator of Sri Mahakaleshwar Temple, reached Ujjain on Wednesday night and took charge after having darshan of Lord Mahakal. During the discussion, Mahakal only said that Lord had given him an opportunity to serve. The only goal is to serve Lord Mahakal and serve Baba’s servants.

In a surprise order issued by the Ministry of Public Administration on Wednesday evening, Additional Commissioner of Indore Municipal Corporation, Sandeep Kumar Soni, has been appointed as the Administrator of Sri Mahakaleshwar Temple Committee. At the same time, Soni has also been given the additional charge of CEO, Ujjain Development Authority. Accepting this order, Additional Collector Soni reached the temple at 9:45 pm on Wednesday and worshiped the Mahakaleshwarar in the sanctum sanctorum. After this, he reached the administrative building and took charge at 10:10. During this discussion, he only said that I have come to serve Lord Mahakal and to serve the devotees. Purpose of Service. The discussion held in the administrative building of the temple was attended by Assistant Administrator Moolchand Jhunwal, PRO Gauri Joshi, in-charge of various branches of the temple. It may be noted that earlier, Ganesh Kumar Dhak was appointed as the Administrator of Mahakal Temple on 14th September 2021.

Indore’s work will pay off

Sandeep Kumar Soni, appointed administrator of Sri Mahakaleshwar Temple, has served Indore in various capacities for a long time. In the discussion itself, while talking about Indore’s work from morning to night, he made it clear that he will work in Indore style here as well. Work will begin on Thursday. It is certain that the system will start improving if the temple works from morning to night.

The first phase of Sri Mahakaleshwar temple expansion project in the form of Mahakal walkway has been completed. Sometimes some work needs to be done quickly. The reason is that there are 15 days left for the Prime Minister’s visit. In such a situation, it is necessary to complete the work on time with priority.