A written response is requested from Javed IqbalAchi News 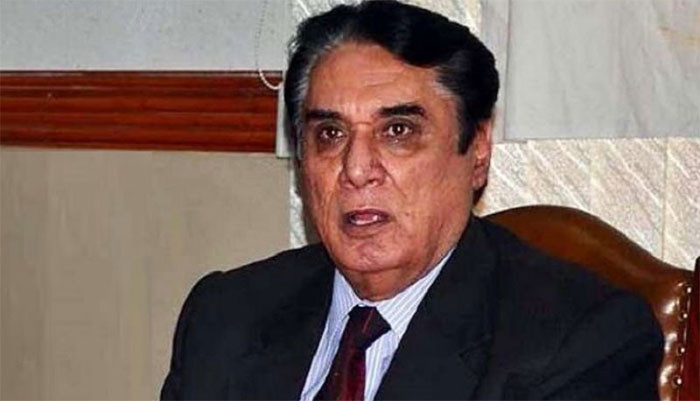 A written response is requested from Javed Iqbal

During the meeting of the Commission on Missing Persons, Federal Law Minister Nazir Tarar sought a written response from the chairman of the commission, retired Justice Javed Iqbal, on the issue of harassment.

Azam Nazir Tarar told Javed Iqbal that during the question and answer session with Amina Masood Janjua cases of harassment were found in the commission, you should answer in writing on this matter, it is a very serious matter.

Javed Iqbal said that there cannot be harassment in the committee meeting, there are 12 people in the meeting, how can there be harassment? A report produced, containing more than 400 pages, the number of missing was exaggerated.

Prime Minister Nazir Tarar said that civil society has expressed no confidence in the commission’s work, you should respond in writing in this regard.

Shazia Muri said that there should be zero tolerance for harassment of women, it is important to look at this issue with the lens of humanity, missing people is a problem, poverty is a major reason.

Interior Minister Rana Sanaullah said that we have gone to Balochistan and there is a problem of missing people there.

Retired Justice Fazlur Rehman said the families of the missing persons should be financially supported.

Breaking News Live Updates – 01 October 2022: Read all the news, if it happens, only on News18.comAchi News

After Nijalingappa, Kharge may be given the post of second Congress president in KarnatakaAchi News