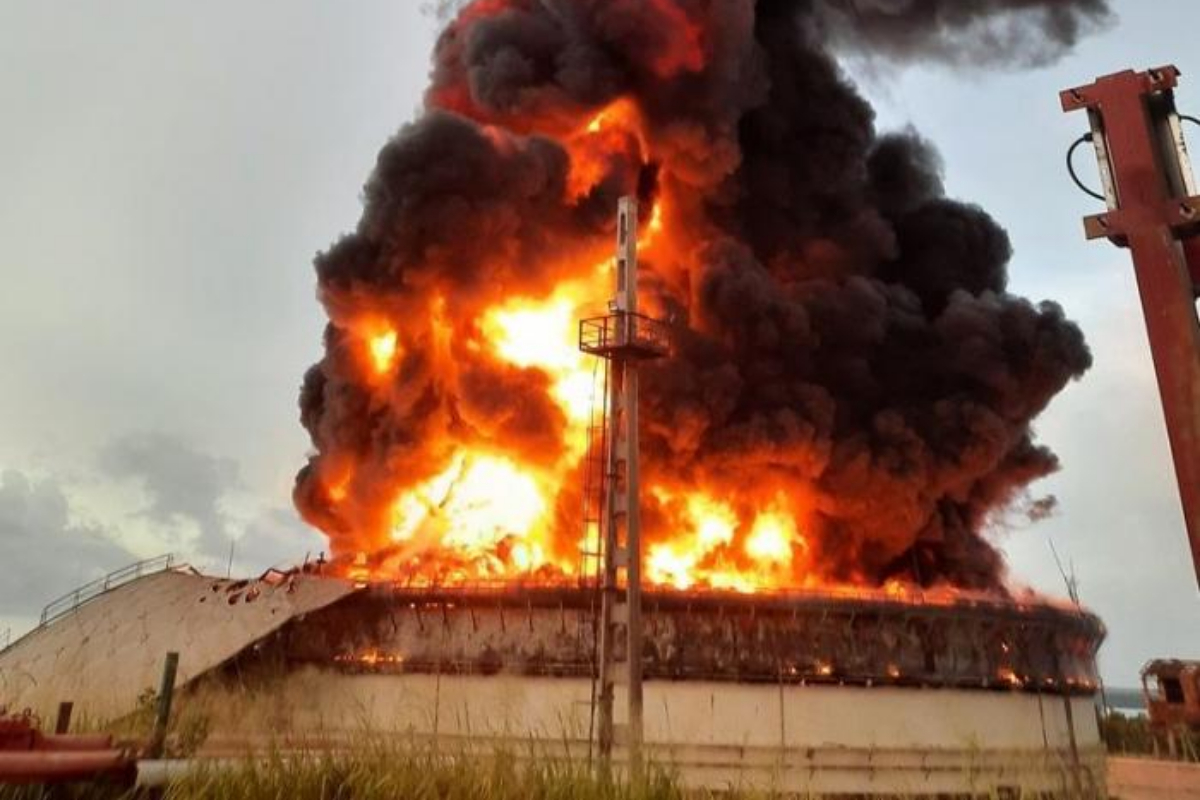 A lightning strike at a fuel depot in western Cuba injured more than 60 people, three critically.

The official newspaper said an “electric discharge” hit a tank at the depot outside Matanzas, 100 kilometers (62 miles) east of Havana.

The fire spread from one fuel tank to another early Saturday, sending up a huge plume of black smoke.

The Faustino Perez provincial hospital reported that 67 people had been injured, with 15 in serious or very serious condition.

And the Cuban presidency said 17 others, primarily firefighters, are listed as missing. And some 800 people had been evacuated from the area, according to regional officials.

Upon hearing a first explosion, Yuney Hernandez and her family left their home just two kilometers from the depot, the 32-year-old mother told AFP. They returned a few hours later.

But then around 5am Saturday (0900 GMT) they heard more explosions, “like pieces of the tank were falling,” she said.

The journal Granma quoted a senior official of state-owned Cubapetroleo as saying that the fire was due to “a fault in the lightning-rod system, which could not withstand the energy from the electrical discharge.”

The depot supplies the Antonio Guiteras thermoelectric plant, but service to the plant has not stopped, the official said.

The island’s outdated energy network and persistent fuel shortages have made it difficult to meet rising energy demands during the summer.

Since May, authorities have imposed 12-hour energy blackouts in some regions, sparking at least 20 protests.

In the middle of the night in Matanzas, Cuba, lightning struck a big oil…